Elmwood Electronics has stopped accepting orders. This product might be available at PiShop.ca. Please check this blog post about our recent team merger.

The new micro:bit V2 brings a whole host of new onboard features and tech upgrades whilst keeping all the things students, teachers and makers love about the original. This means the new micro:bit will be compatible with all the existing lessons, code and most add-on boards.

We also now offer a 10-pack of boards at a significant discount!

Here is a summary of the features: 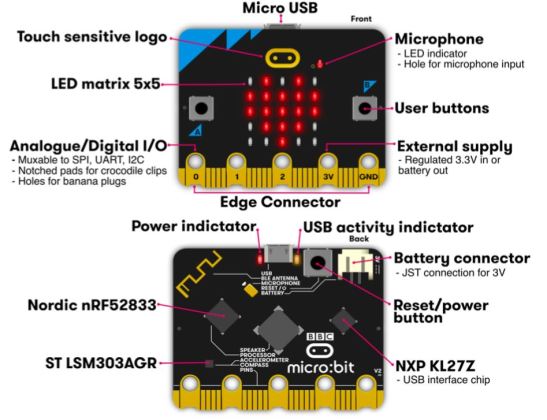